A native of Milltown, Co Kerry, Owen O’Shea is an author, historian and researcher with a passionate interest in the history of his own county in particular. He has been writing and researching history for many years and his main areas of interest include politics, elections, the War of Independence and the Civil War and related events in Kerry, as well as the history of his own locality.

Most recently, Owen’s research on politics in Kerry in the twentieth century has featured in Kerry: History and Society which was published by Geography Publications in August 2020.

His new book on the Ballymacandy Ambush of 1921 was published by Merrion Press in 2021 to coincide with the centenary of the ambush which occurred between Milltown and Castlemaine in County Kerry at the height of the War of Independence. He is currently researching a book on the impact of the Civil War on civilian life in Kerry.

A graduate of University College Dublin, where he studied history and politics, Owen is currently a PhD student with the School of History at UCD. His topic, under the supervision of Professor Diarmaid Ferriter is political culture and communication in Kerry in the decade after the Civil War (1923-1933).

Owen worked in Leinster House for five years as a press officer for the Labour Party and is a former member of the Labour Party national executive. He has worked in journalism in Kerry for many years with Kerry’s Eye newspaper and Radio Kerry. He has also had articles published in the Irish Independent, Sunday Independent, Irish Examiner and the Sunday Business Post. He is currently employed as Media, Communications and Customer Relations Officer with Kerry County Council. 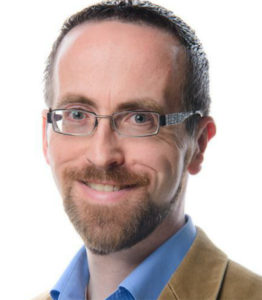 Hear more about Owen’s books and research: from the ‘Saturday Supplement’ show on Radio Kerry on 15 February 2020, when presenter Joe McGill talked books, local history, centenaries and Kerry politicians and elections of the past with Owen:

Brother against brother: the Civil War in Kerry

Bridie Wren: The Queen of Balochistan