The political dynasty is a well-established tradition in Ireland, but most particularly in Kerry, where nearly all politicians can trace their political lineage back several generations — with some unbroken representation extending back to before the foundation of the state.

In Heirs to the Kingdom: Kerry’s Political Dynasties, Owen O’Shea explores the grip on power these families have had for generations; how they sometimes exclude new entrants to the political system; the pressures on family members to continue the traditions of their forefathers; the intense local rivalries which dynasties create; the impact of these families on the national political scene; and the dynastic phenomenon in Irish politics generally.

Politics does not get any fiercer than in Kerry, and this original and well-researched book, drawing on interviews with many of the dynasties involved, throws a fresh light on how Irish public representatives achieve and retain political power and influence.

This is Owen O’Shea’s first book and includes a foreword by Michael O’Regan, former Parliamentary Correspondent of the Irish Times. 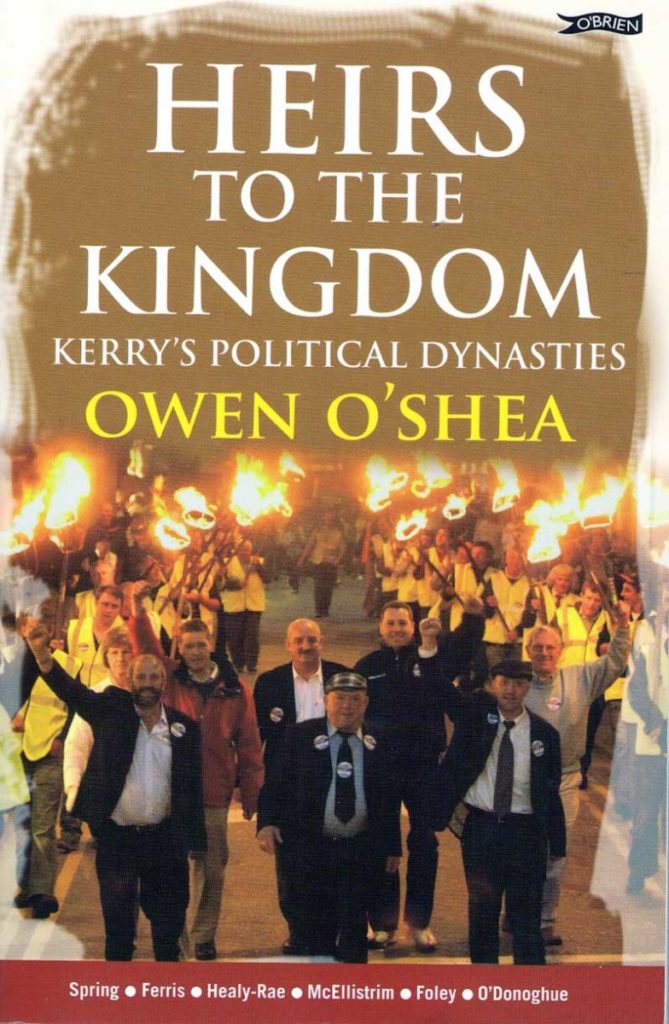 Critical praise for 'Heirs to the Kingdom':

‘O’Shea illustrates the accuracy of the Tip O’Neill dictum that all politics is local.’
The Irish Times

‘O’Shea’s book provides a fascinating insight into dynastic politics in that most political of counties.’
The Irish Times

‘One of the most tightly-written and informative books on Irish politics to appear in some time. This is high-quality political analysis and, in an era when it is being rapidly overhauled, a book invaluable for those who want to know what makes the Irish political system tick.’ Politico.ie

‘O’Shea’s text is diverse in content … providing arguably the first comprehensive account of the divisive split in Labour in Kerry South in the early 1990s … An eye-opening report of the inside story of the long-standing battles between a clutch of families for political control in Kerry, Heirs to the Kingdom is an informative and occasionally controversial study of power on a local and national level.’
Irish Men’s Tatler Magazine

‘Author Owen O’Shea succeeds in showing why political culture and the electoral system contribute to the creation of political dynasties in Kerry.’
Evening Echo

Buy 'Heirs to the Kingdom' by Owen O'Shea

Bridie Wren: The Queen of Balochistan

The Kerry TD killed in a road accident in 1955