Ballymacandy: The Story of a Kerry Ambush

“This is local history at its best” (Books Ireland Magazine)

Almost 100 years ago, on 1 June 1921, five men were killed in an IRA ambush at Ballymacandy on the main road between the villages of Milltown and Castlemaine in County Kerry. The ambush, occurring as the War of Independence reached its climax, happened just two or three fields from my home and, as child, I often heard mention of the attack on ‘the Tans’ in 1921.

This book brings the story to life as its centenary approaches. It examines the dramatic incident from many perspectives: that of the IRA gunmen, the widow of an RIC constable, the hardnosed District Inspector, the terrified civilians of the local village, the women of Cumann na mBan, the priest who prayed into the ears of the dying, the cottagers on whose kitchen floor a policeman lay bleeding, the IRA’s informer within the police, the schoolboys who watched as remains were loaded onto carts, and the doctor accused of neglecting a dying man.

Through recently published military pension files, private papers, and other records, we get an insight into the lives and activities of the members of the Royal Irish Constabulary, the Auxiliaries and Black and Tans, the IRA and the often-overlooked Cumann na mBan.

This is the story of the anatomy of an ambush which will not only tell of the particulars of one of the many local ambushes which make up the tapestry of incidents from the War of Independence, it will also offer an insight into the planning and execution of this favoured IRA tactic, the dangers faced by the policemen in Ireland at the time, the motivations of the men who lay in wait on the roadside, and the villagers who were, unusually and remarkably, saved the dreaded reprisal which became the modus operandi of the dreaded Black and Tans in 1921.

Available in all good bookshops, Amazon and from Merrion Press:

Ballymacandy: The Story of a Kerry Ambush | Irish Academic Press 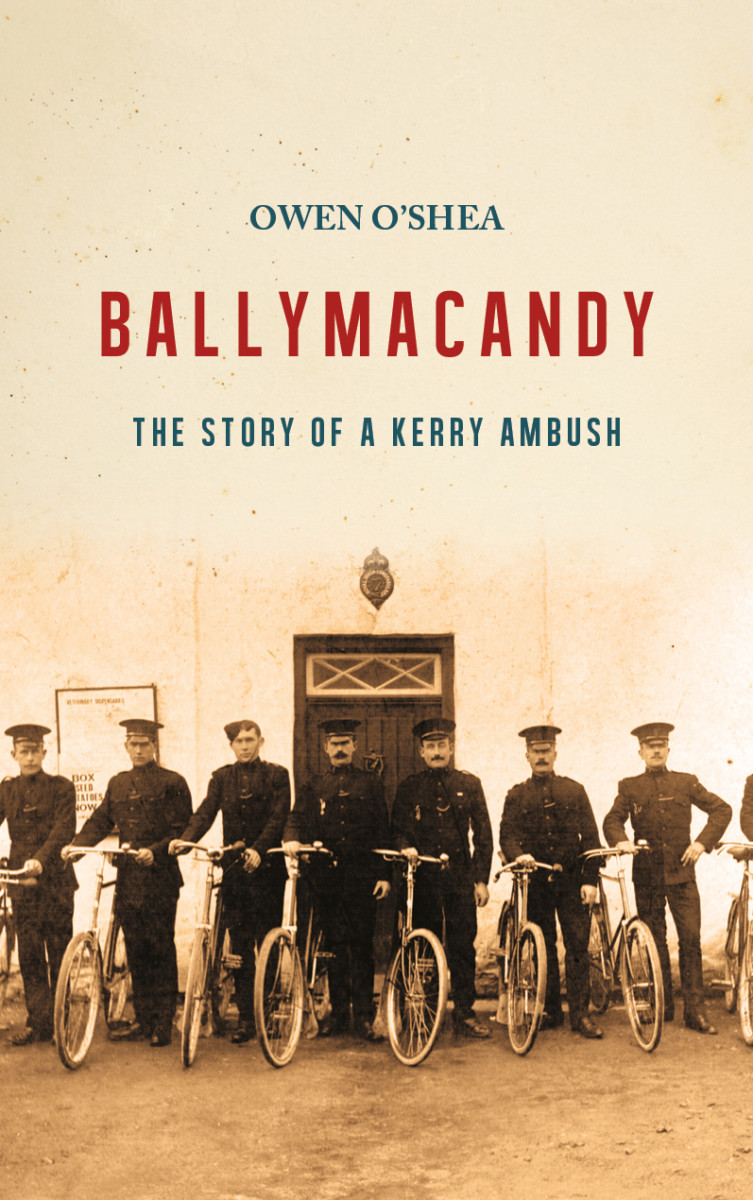 ‘Ballyseedy’ to be screened at Kerry Civil War Conference

The Kerry postal clerk suspended for having the wrong surname